Income Inequality in the United States

Income inequality in the United States has increased markedly since 1980, due in large part to tremendous increases in the incomes of the highest earners and stagnation or decline in the earnings of the lowest earners. By 2007, the share of the income held by the top 1 percent was higher than it had been since 1917 (Morris and Western 1999; McCall and Percheski 2010). 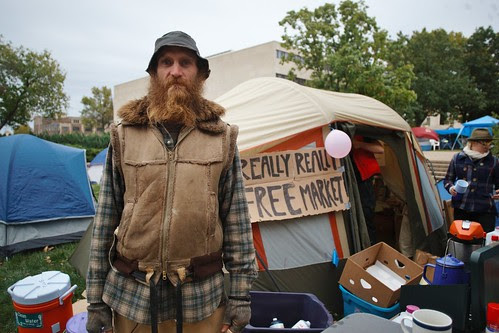 
Overall inequality is exacerbated by inequality along racial and ethnic lines. In the United States today, Asians have the highest average earnings, followed by Whites, and then Blacks and Hispanics.

These disparities continue over time. For example, when unskilled women first enter the labor market, the average hourly rate (in 1995 dollars) is $6.28 for black women, $6.67 for Hispanic women, and $6.42 for white women. However, by the 14th year on the labor market, white and Hispanic women are doing, on average, a lot better, with an average pay of $10.04 and $9.34 per hour. In contrast, even after 14 years out of school, unskilled black women earn on average $7.48 per hour. These data show that the human capital advantage of work experience is less for black women than it is for white and Hispanic women, even though black women with college degrees experience other labor market advantages (Alon and Haberfield 2007).

Given the tremendous diversity within the Latino and Asian populations, it can be helpful to break these groups down by national origin. In a study using 2000 Census data, Emily Greenman and Yu Xie (2008) looked at full-time, full-year workers between the ages of 25 and 55. They found that, when you look at men, four groups had higher earnings than white men: Chinese, Asian Indians, Koreans, and Japanese. However, when you look just at women, in addition to those four groups, Cuban women and Filipina women also out-earn their white counterparts. Overall, they found that white women earn 71 cents for each dollar that white men earn – and that white women had the largest gender disadvantage of all of the other racial and ethnic groups. Korean women, for example, earned 86 cents for each dollar that Korean men earned and Black and Filipina women earned 84 cents for each dollar that their male counterparts earned. Their results show that it is not the case that race and gender are additive factors in the labor market. Instead, racism and sexism operate in distinct ways for different ethnic and racial groups.

No matter how you slice it, there is a lot of inequality in the United States. With rising overall inequality, it is becoming increasingly clear that racial and gender justice will require also tackling overall inequality. Even if the 1 percent were racially diverse, we would still have too many poor people of color in this country, simply because of how severe income inequality is.
Posted by Tanya Golash-Boza at 9:37 AM 1 comment: